I am a transfeminist, because transgender women are women.

I have viewed myself as a girl at a very early age. I was told that I am wrong that I was born a boy. I had to hide who I was. I believed the stories that were told to me that if I did accept that I was a women society would never accept me. I would be viewed as a freak and not be able to find a job.

In my early 20s I came out as bisexual, but soon after came out as a gay man. I rejected calling myself gay because I believed that meant I hated women. I learned this was not true when I befriended some gay men.

Coming out as a gay man did not help with my depression. There was suicide attempts and a self loathing. I knew something had to be done and I finally made the very hard decision to not only come out as a straight transgender woman but to begin the process of transitioning. It was the most difficult decision I ever made in my life but also the most rewarding.

As a transwoman, I have a unique perspective on society’s gender policing: girls do this and boys do that. I didn’t want for society to see me as a boy. I wanted society to see me as a girl. It was – and still is – to get society to use the correct pronouns when talking to me. I experience emotional violence and disrespect when some view me as the correct gender but eventually learn that I’m a transgender woman and they believe I am trying to fool them.

I am a transfeminist because I don’t want to see other women like me go through the same struggles that I have gone through.

I have a confession to make. I’m an atheist. I consider myself to be an agnostic atheist. I grew up Catholic, but started to lose my faith in my early twenties. I started to become more of a rational person then a person that lives a life based on faith.

I follow some YouTubers that defend atheism. Most of them I don’t care for since they seem to be anti-theists rather than atheists. One person that I do like to follow is Jaclyn Glenn. I don’t agree with everything that she says, but the majority of the time I listen to her I find my thoughts to be the same as her thoughts. One thing I disagree with her is on feminism.

A few weeks ago a video posted by FCKH8 went viral. It features girls informing viewers about feminist points. They give there point across by using the word “fuck”.

Jaclyn Gleen appeared on the podcast Drunken Peasants, which is also posted on YouTube. I personally don’t like to follow the Drunken Peasants; they just annoy me. Yet, I wanted to hear what Jaclyn had to say about feminism. Yet, again I disagreed with her.

The FCKH8 claimed that women are paid 23% less than men. Jaclyn then said:

I get so frustrated whenever I hear this because it is kind of dishonest. I mean if you look at the numbers … you’re not factoring in job choice and hours worked and women, for example, taking maternity leave and stuff like that. If you take all of that out there is still inequality which is bullshit and should be addressed. But, whenever you start adding numbers making it seem more of an issue than it is just kind of bothers me because it is not honest. It is definitely not 20% or 25%, I heard both, it is more like five.

Let’s take this apart and see how honest Jaclyn is with this statement. I will be taking the December 2013 Pew Research Center report titled On Pay Gap, Millennial Women Near Parity – For Now. I’m using the Pew Research since they are a nonpartisan think tank, so there will not be any liberal or conservative bias in their study. It is also the most current information I could find.

I want to take her last statement and figure out where she got the number that women earn 95% of what men earn. The actual inequality according to the December 2013 report is 84%, meaning that women are earning 16% less than what men make. The White House released information saying that women make 77% of what men make, which comes from comparing differences in annual  earnings rather than weekly earnings like the Pew Research Center report. This is where the FCH8 gets there information that the women are paid 23% less than man.

Where did Jaclyn come up with the 5% figure? It comes from Christina Hoff Sommers who says that it is at 5-7% when factors are “adjusted”. She claims that this came from the a 2009 Department of Labor study. I could find no such report. I did find a blog post titled “Myth Busting the Pay Gap” which supports both the 77% or 88% depending on how data is examined. So, the 5% figure is just made up and is dishonest. 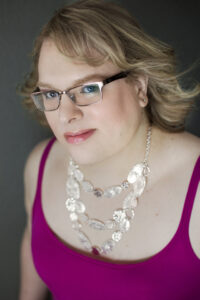